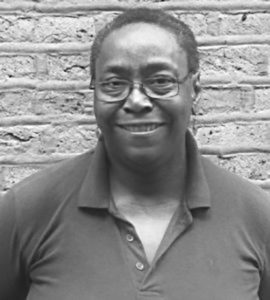 When a Door Closes, Another One Opens

Mary Ann loved her high school. She recalls taking many computer classes, as well as courses in math, science and engineering. She is especially proud of how her high school focused on celebrating different cultures. She enjoyed learning to speak German.

“I thank my parents for sending me there,” says Mary Ann. “It opened my eyes to the world.”

After high school, Mary Ann went to Cook County School of Nursing to become a nurse. She studied for one year and then she fell in love and was married. After having two children, Mary Ann decided to put her continuing education on hold for a few years.

When her children were older, Mary Ann went back to school. She attended the American Institute of Banking where she received a Banking Law & Trust Paralegal Certification.

For more than 20 years, Mary Ann worked within several of Chicago’s financial institutions. However, in 2009, she was laid off due to the country’s economic downturn.

“I always believe that when a door closes, another one opens,” says Mary Ann.

She was able to participate in Chicago Career Tech, a program providing career retraining and pathways to employment in technology and healthcare for unemployed Chicagoans. Today, this program is called Skills for Chicagoland’s Future.

Through this program, Mary Ann received a CISCO Certified Network Associate (CCNA) certification. This certification provided Mary Ann with the advanced skills to move into the technology field.

Although, Mary Ann was able to find contract work in information technology, it wasn’t consistent work so she wasn’t making an adequate income. Eventually, she fell behind in her rent. Mary Ann asked her family for assistance. They tried to help but it wasn’t enough to sustain her. Eventually, she was evicted from her home. That’s when Mary Ann became homeless.

Although she was homeless, Mary Ann continued to work. She secured a contract position at Chase Bank.

During the day, Mary Ann worked her contract job. However, after work was a problem.

“I had nowhere to go so I slept on the floor of the women’s bathroom at Chase,” says Mary Ann.

“I had a backpack, which I was able to carry all my personal items with me. This worked out well for a while.”

Because of the badge Mary Ann was given with her contract position, the Chase Bank security team realized that she was not exiting the building at the end of the day. Consequently, they brought this situation to the attention of Mary Ann’s supervisor.

Her manager asked why she wasn’t leaving the building at the end of the day. “Because, I’m homeless,” Mary Ann replied.

“When I met with the case manager, she asked me about all my needs,” Mary Ann says. “From there, I was provided with food, clothing, a personal mailing address, free laundry services, a transportation pass and gift cards, which are especially nice during the holidays.”

The case manager assessed Mary Ann’s situation. She asked if Mary Ann would consider participating in Franciscan Outreach’s Streets-to-Home Initiative (STHI) program. This program provides participants with the opportunity to move into secure, supportive housing, while engaging in individual and peer-group support so they may continue to gain stability and self-sufficiency in their lives.

“The Streets-to-Home program helps you to restart your life. They help you to find a job and place to stay. It acts as a springboard to an independent life,” Mary Ann says.

Through the STHI program, Mary Ann obtained a subsidized apartment. She regularly meets with her case manager, where she sets goals and works toward achieving those goals. And, she attends community peer-group meetings twice per month. The meetings cover such topics as health issues, anger management, financial management, life skills, self-care, relapse prevention, meditation and local resources.

“My case manager helped me to streamline my goals in an understandable way,” Mary Ann says. “My goals are to secure employment with a good salary that results in self-satisfaction and a strong standard of living.”

Today, Mary Ann continues to land contract positions using her skills in information technology, finance and as a paralegal. She also continues meeting with her Franciscan Outreach case manager and with her community peer group through the STHI program.

Mary Ann believes that when a door closes, another one opens. The reality is that it’s Mary Ann who takes it upon herself to find the keys that open the doors of opportunity for herself. It is because of her own determination and resourcefulness that Mary Ann will reach her goals in the near future.

Click here to Watch Mary Ann Redd in the video: Together, We Can Make a Difference